Hey thanks for taking the time to have a look at my profile,Looking for someone to push boundaries with. Confident, domineering and like to be in control...

Application of the gallant gentlemen wait up to 1-2 hours of unforgettable sex battle. If a man really makes you feel and look of the elfin cat girl, and you feel it at the top of the tops.

Hello, my photos are real and i am gfe for real gentleman besed in germany or worldwide......

im good at it ,youll see w4m I'n Nyala, A certified aromatherapist who loves to explore her sensual side

Olivia,as you can see is a lovely young busty blonde

Open minded I have been blessed with beautiful toned body

Secrets inside brothel: 'I went to a high class brothel and this is what happened' - NZ Herald

A storey super brothel in the heart of Auckland city has been approved. Four independent hearing commissioners today gave permission for Michael and John Chow to build the Penthouse Club on Victoria St West, opposite SkyCity, following a three-day hearing earlier this month. Auckland Council received more than public submissions against the brothel. The club will feature a ground level bar and restaurant. A first-floor mezzanine will host a brothel and another restaurant and bar.

A strip club will occupy the first and second floors. A larger brothel will be on the third floor. Hotel accommodation will be on the fourth to eighth floors. Levels nine and 10 will be offices and the top two levels a rooftop bar. The brothel will be built on the site left vacant by the Palace Hotel which was demolished in November after being damaged while under the Chows' care. 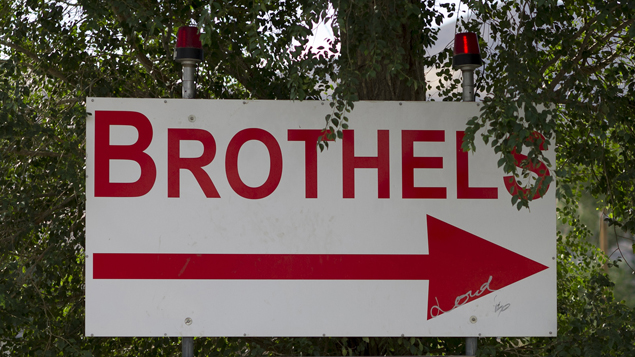 In approving the plan, the commissioners said their decision was purely based on the building, and could not take into account the demolition of the Palace Hotel or the fact the building would be used, in part, as a brothel. The Stop Demand Foundation was concerned the hotel floors of the development could be used to create a "mega brothel". The commissioners said there were no provisions under the Prostitution Reform Act concerning the maximum size of brothels, but if there was to be a change to the proposed layout and use of the building, that could be readdressed at that time.

The commissioners also found no issues with the proposed design and required no changes. However, a condition of the application being approved was that the Chows' two-storey media screen, to cover levels three and four, be moved slightly to align with the eastern edge of the middle section glazing on the Victoria St West side.